The one about Hailey

We were an unlikely match. Everyone knew it. We ourselves knew it. When people heard Hailey and I were going to be roommates, their response was most often "Wait...you and Hailey Morgan?!?" Hailey was all sass. I was boring. Hailey was the life of a party. I just hosted the party. :)

My roommate was getting married (shocker!). I needed a new roommate. Hailey needed a roommate. We made it happen. 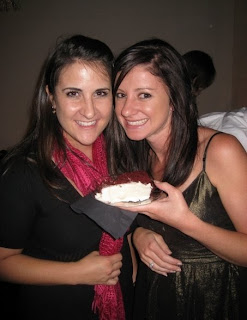 We took a couple of days to get moved in, but our first official day as roommates just so happened to be the same night our good friend Laura was getting engaged. We had unloaded boxes all day (in the middle of the Texas summer) and were heading to the engagement party that night. Needless to say- showers were needed. We were rummaging through boxes trying to find clothes, shoes, and other things needed to show up decent to the engagement party when Hailey decided she was hungry and thought she'd have enough time to cook and eat dinner. She had a box of spaghetti and put it on the stove. She quickly realized our time had run out and we HAD to get out the door and over to Dallas. Hailey pours the half cooked spaghetti into a bowl, grabs her keys, and says "Let's go." She proceeds to drive us to Dallas, while eating the spaghetti, AND blasting Beyonce in the car. Singing and dancing were involved.

That was my first day as Hailey's roommate.

The next 364 days were just as exciting and hilarious. Some good, some crazy, some sweet, and some hard.

Hailey and I had both just come from difficult seasons in life. June '09-June '10 was a tough year for each of us. And while our situations were completely different, this is where we found our common ground. We pledged to each other that we would make the next year a good year. A restful year.

And we did. Hailey and I spent plenty of evenings curled up on that brown couch of mine. I would cook dinner, she would provide the chocolate. And our conversations were rarely ever surface level. Hailey never settled for the 'easy way out' answer. If she asked you how your day was, 'good' would not suffice. She wanted to know why it was good, what had happened that made it good, and what could have made it better. She was always interested in the condition of my heart. And after our converstaion, she would then remind me how much Jesus loved me and how good His plans were for our lives. She reminded me of my worth. 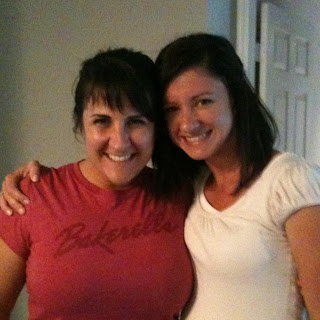 Hailey was quite the encourager. I never left a serious conversation with her in which she had not spoken words of encouragement to me. She would leave notes on the kitchen counter, voicemails, or random gifts. If you were talking to Hailey- you most likely walked away feeling like a million bucks. And maybe walking away with a little more sass than you started with.

One night she was making dinner (a chicken pot pie) and while in the kitchen, she says "It says I have to put the 2nd pie crust on top of the dish...But I don't know how to do that!" In the living room, I said "What do you mean? Just put it on top and seal the edges."  She said "I don't get it. This doesn't look right. Do I put it in the oven like this?" I got up and came into the kitchen to find this:
Homegirl had bought two premade piecrusts already in the foil pans (rather than the roll out kind.) She read the recipe which said to put the second crust on top of the pie. This is how she did it. It took every ounce of energy to not bust out laughing. I explained how to fix it and she stuck it in the oven. Life with Hailey kept me on my toes and kept me laughing. Oh, and the day she came home and announced to me: I'm going to learn how to play the harmonica! I'm serious. Don't laugh. 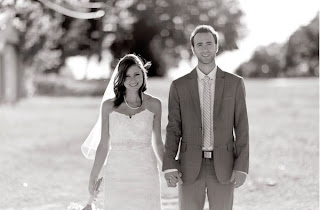 Long story semi-short- Hailey knew he was the one. Matthew pursued her the way any guy in his right mind should pursue a girl he's interested in. And come March, Matthew asked her to be his wife. Two months later? Our lease was ending and Hailey and Matthew were getting married.

The two of them were married and on their way to the Philippines where they would begin their marriage and their ministry.

Hailey and Matthew were better together. They pursued Jesus with more passion than most people I've ever known. They were obedient. If Jesus asked something of them, they said yes. They lived with purpose. They loved. And they loved well.

Hailey and Matthew. Your loss is deeply felt here on earth. We will make sure your life story is not forgotten. While you lived, your impact was large. In your death, it's gone beyond what anyone could have imagined.

Psalm 19:7-11 (paraphrase)
"The laws of the Lord are perfect, trustworthy, right, radiant, pure, and they are sure. They revive the soul, they give wisdom, joy, light, and they endure forever. In keeping these laws, there is great reward."


HE is our great reward. Enjoy your reward, my friends.

Popular posts from this blog

The one about moving to a new city 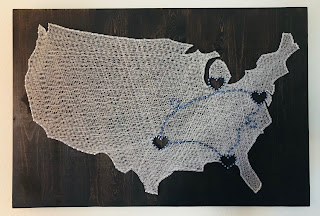 Moving to a new city is not for the faint of heart. Moving to a new city as a single adult is for SURE not for the faint of heart. I've not written over here on this blog that much. I moved 7.5 months ago to Kalamazoo, Michigan and it has been as I expected. I expected it to be hard, and it has been. Similar to marriage, I think people often go into a huge life change like this thinking it will be amazing and adventurous; they assume it will be thrilling and fun. Those are not words I would use to describe moving to a new city. My words are as follows: hard lonely tricky boring disappointing Lest you think I'm "Miserable in Michigan"...let me assure you: I am not.  But I've not written over here for fear that my friends would think I'm miserable and lonely and made a huge mistake by coming. Because the first six months could be described in those words listed above.  But. I expected those things. I was not taken off guard or surpris
Read more

The one about the next chapter 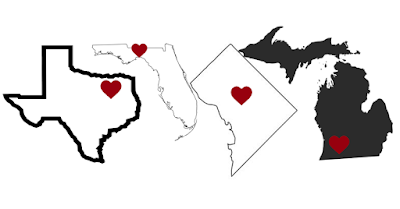 #MindaOnTheMove 4.5 years ago, I made the “ fifteen minute drive north ” to Washington, DC from Tallahassee, Florida. And yes, if you’re thinking that seems a little short, you are right and should click on the hyperlink to see that story. I drove into the city having just lost all of my personal belongings in a fire, but ready to start fresh in a new city. I didn’t know how long I’d be in DC, didn’t know if it would be the right fit for me, and had no idea the twists and turns that would follow. All I knew is that I was headed to DC and it was the right place at the right time for me. Four and a half years and countless stories later, I’m making another ‘fifteen minute drive north.” Except it’s not fifteen minutes, it’s west and north, and it's about 9 hours away. I’m moving to Michigan! On May 9 th , after a really frustrating day, I left work a little early, laced up my tennis shoes and went for a run on the National Mall. I stopped and decided to take a nap
Read more

The one about Jaryn 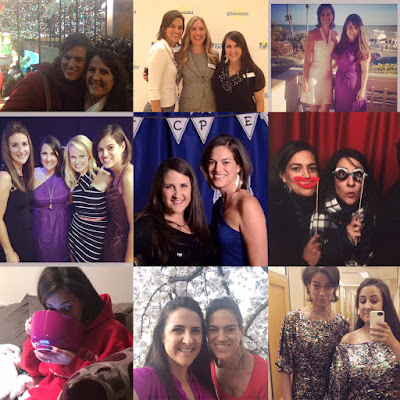 The year was 2011. I needed a job and m y friend Grace was aware of this. I received a call from Grace and she said, “How do you feel about Tallahassee?” I responded, “I’ve never been there and I know no one. Sounds great.” Grace told me about her friend Jaryn who worked for Governor Bush and his education foundation. On a recent cruise for Jaryn’s 30 th birthday, they were talking about work and Jaryn mentioned to Grace about needing someone to do social media. Grace said, “I have someone in mind.” On September 19, I was driving to have dinner with my mom for her birthday when Jaryn and I talked on the phone and she made the official offer. Three weeks later I would fly to San Francisco for the foundation’s annual summit, meet Jaryn for {what I thought was} the first time, and then moved to Florida on October 16. I landed in California late in the evening, got to my hotel, and planned to find all my new coworkers the next morning. I showed up bright and early to
Read more